About Creative Cruises and Tours - Owners, Marla and Robert Edwards 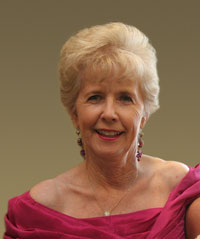 Travel has been in Marla's blood ever since she was a child and her family took vacations to special places. Her father loved to plan vacations around his business trips and the places they visited were always fun and educational. After she married, all her friends would turn to her to plan the trips they were going to go on that summer.

In 1980, her travel agent and friend decided to open her own business and asked Marla if she would help her out a few afternoons a week since she enjoyed planning trips for her friends. Marla loves people and has no problem talking to anyone, so after a year or so, her friend suggested that maybe she would like to be an "outside sales agent" and get out among the people and become her own boss and just work on a commission. This offer came at a time of change in her life and sounded like a good idea. The real beginning of Marla's Travel Career was launched! She worked as an outside agent in Texas City until she moved to El Paso in 1986. Many of her clients continued to use her as their travel agent. 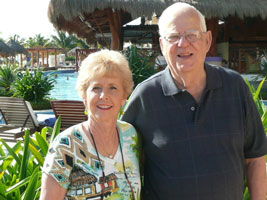 In El Paso, she worked as an outside agent for 13 years for Santa Teresa Travel / Tumbleweed Travel and built up a large clientele. When Robert retired, they moved to Kerrville, where she and Robert decided to start up their own agency. In 1999 the agency joined CLIA and started contacting suppliers and getting the agency into their databases. Creative Cruises and Tours was off and running and has almost doubled its business every year. Robert is a retired CPA and handles the business part of the agency and Marla does most of the selling. This has turned out to be a great working relationship and they both look forward to many years in the travel business.

Ask Us About Where We Have Been:

We have traveled all over the place. Here's a list of a few of the places we have been: